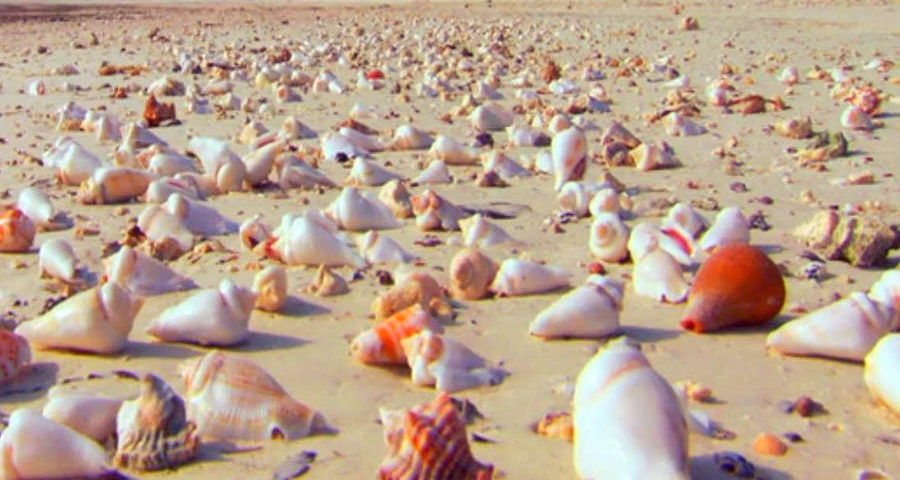 Boasting beautiful white-sand beaches, crystal blue waters, and abundant marine life, Zanzibar is a tourist’s paradise. Since it’s also home to vivid coral reefs, many exotic seashells are found on Zanzibar’s coastline. Try to spot some of them on your next vacation to Zanzibar. However, remember not to pick or remove any seashell because removing them might disturb the local marine life, and as many inhabitants of shells rely on poison to hunt prey, you may find yourself with a nasty and even life threatening sting.

Here are some of the best exotic seashells in Zanzibar:

This shell sports a pale yellowish color, forming light and dark bands on its surface. Shaped like a cone (hence its name), it has striations over its whole body.

The Mauritian Conch has a light-brownish splendid shell with darker brown patterns engraved on itself. It can reach a size of 80 mm and may also have a protruding tail.

The Silver Conch is an exotic sea snail that has a silver shell. The shell is usually very heavy and thick and has a rough and uneven surface. It also has large brown dots over its exterior.

The Rhinoceros Vase Snail’s shell has a unique shape. It has a well-defined top, but from one point, the top opens to form an outer lip. It has a brownish hue and is native only to the East African coastlines. Cool, right?

The Conus Ebraeus is another sea snail which has a cone-shaped shell. It has a white body with dark brown dots arranged in 3-4 bands. Due to its unique texture, it is also called the black-and-white cone.

The Ramose Murex, also called Branched Murex, is famous for its distinctively shaped shell. It has hollow, finger-like protuberances all over its body, and two elongated nodes, with one being much longer than the other.

The Spider Conch lives near the coral reefs, and its shell can reach lengths upwards of 200 mm. It has six protruding nodes which are the base for its name, and a flared outer lip. The shell is hard and heavy for its size.

The marbled cone is a white shell, sprayed with either brown or orange patterns. These patterns give rise to triangular white zones on the shell.

The True Harp has a light brown shell with zigzag patterns all across it. Whorls flatten over one another to make this shell! How interesting, right?

These exotic seashells are just another reason to visit Zanzibar! So, what are you waiting for? Book your flight and enjoy a wonderful holiday at this splendid destination! Just remember not to pick or remove these wonderful shells to preserve the beauty of the area as well as the marine life!

While you’re at it, you might also want to check out the Do’s and Don’ts of Exploring Under Water!